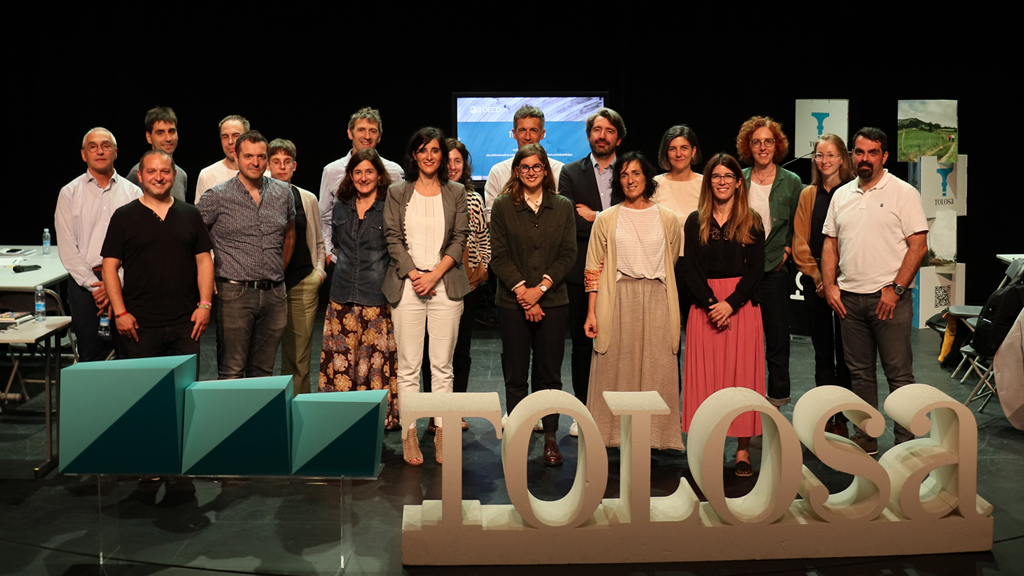 The Topic space in Tolosa hosted the learning sessions led by international experts Claudia Chwalisz and Ieva Česnulaitytė, both representatives of the OECD. The aim of the sessions, held on the 8th and 9th of June, was to reflect on the possibilities of institutionalising deliberative processes in the territory, as well as to continue with the design and implementation of the Tolosa Citizens’ Assembly. This learning session is part of a series of learning sessions that are enriching the design and implementation of the Tolosa’s Citizens’ Jury and draw lessons about the opportunities of institutionalising deliberation in the region.

On the first day of this learning session, the OECD introduced the rationale behind and benefits of institutionalising citizen deliberation, the main considerations when doing so, and provided an overview of the ways deliberative processes have been institutionalised to date. During the second day, participants had a chance to dive deeper into several concrete examples of institutionalised deliberative processes. International experts who were involved in designing and/or implementing those examples presented their experiencies and participanted in the group discussions. Yves Dejaeghere (Executive Director of the Federation for Innovation in Democracy Europe -FIDE-) explained the Belgian The Ostbelgien model; Arantxa Mendiharat (Deliberativa) focused on the Madrid City Observatory initiative; Claudia Chwalisz (OECD) introduced the Paris Permanent Citizens’ Assembly; and finally, Felipe Rey (Assistant Professor at Universidad Javeriana and founding partner of Ideemos) and María Alejandra Victoria (Demolab) explained the details of the Bogotá City Council’s Itinerant Citizens’ Assembly.

Creating regular opportunities for more people to participate in citizens’ assemblies not only improves policies and services, it also scales the positive impact that participation has on people’s perception of themselves and others, strengthening societal trust and cohesion.

Several key stakeholders of the Citizens’ Assembly to be held in Tolosa have participated in these learning sessions. With regard to the process to be carried out in Tolosa, which will begin in October, the sessions have been extremely valuable to continue the design and implementation of the process. Likewise, with the participation of the representatives of Arantzazulab and the OECD, Tolosa Town Council presented this innovative deliberative initiative to the media, which will address the issue of emotional health and well-being of citizens. The municipal representatives of Tolosa pointed out at the press conference that the citizens’ assembly will begin in autumn, with the participation of a total of 32 Tolosa residents.

“In September the civic lottery will take place and citizens selected by lot will receive the invitations to register to participate in the Citizens’ Assembly, the aim is to ensure the diversity of Tolosa residents among the participants”, explained the representatives of the Tolosa Town Council (More information on this link). “The Tolosa process is relevant for those of us who want to deepen in new forms of collaborative governance with citizens. Learning from the international experts who support us in the initiative launched in Tolosa is relevant to acquire knowledge, to develop local capabilities and to involve citizens in a meaningful way in framking the public agenda”, says Naiara Goia, managing director at Arantzazulab. In this regard, Claudia Chwalisz of the OECD stressed: “I hope that Tolosa’s experience will be a first step in your commitment towards the ambition to make deliberative citizen engagement a more permanent way public decisions are taken in the Basque Country”.

← The deliberative wave bursts into the Miramar Palace at the conference dedicated to International Citizens’ Assemblies What would it take to reimagine the future of collaborative governance? Research into transformation ecosystems →